“Watch dem all kind ah paint up box , box on wheels moving all over de place…dey living in a big box, with other boxes inside…dey have ah box dey does bath in, one dey does shit in, one tuh watch motion pictures on, ah box tuh sleep in…yuh hearing meh?”

Using The Mighty Spoiler’s 1953 calypso of the same name as a recurring theme, Toni Lima’s Bedbugs follows four street dwellers; Jabbers, Blues, Netty and Dollars, who realise their freedom from the confines of modern society. Literally living outside the box, they maintain this sense of freedom through the lies they tell themselves and each other. What will happen when someone dares to speak the truth?

Preparation: Sides will be provided. Interested persons are asked to submit a CLOSE UP and FULL LENGTH photo of themselves,  along with the following info

Jabbers: Male – 30 -40 y/o. He was once a calypsonian that had a difficult career in getting his music recognised. He resorted to drugs, which eventually took him to a life in the streets. He is the self proclaimed son of the late ‘Mighty Spoiler’.

Blues:  Male – 25 – 35 y/o.  A costume designer that went bankrupt. Although he lost everything and is now living on the streets, he still tries to maintain an image of affluence. He often walks with an old razor blade that he tries to shave with, using the glass of a store window. He has an unreciprocated crush on Jabbers.

Netty: A buxom full figured black woman, about 40 – 50 y/o. She has two imaginary children; Nia one year old and Aaron six years old. Although no one else can see them, they are very real to her. She is seemingly close to Jabbers…she is his romantic interest. 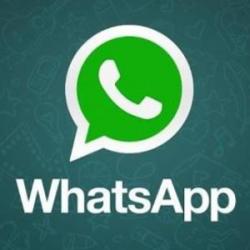